Devolution is a scheme which is approved by central government would see Hampshire and Isle of Wright local authorities retain 100% of all business rates generated in the region. Hampshire County Council, Isle of Wight Council, Portsmouth, Southampton City Council and 11 district councils are working together on the project. There are a number of key themes including:

A Devolution prospectus document has been prepared and sent to central Government outlining the advantages that this scheme could bring. The prospectus statement can be viewed via the link below. There seems to be quite a lot going on behind the scenes, unreported through normal channels. We will keep this page up to date with the latest news from various sources. Devolution Deals are agreements to devolve powers and spending on public services away from Whitehall departments to local areas. These areas are represented by consortiums of local authorities, coming together on a county-wide or sub-regional basis. Devolution deals are a bottom up process to allow areas to drive their own economic growth and the transformation of public services. Initial proposals have been put forward by 37 areas in England and these are now in detailed negotiations with Government. Cornwall’s Deal has already been announced and it is expected that there will be several more before the end of the calendar year.

Devolution in the wider news 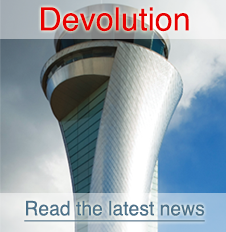